After gathering more than four tonnes of food donations for the local community, in a charity initiative devised by staff, Polestar’s Manchester Space is set to open its doors to the public for the first time.

Inspired by Marcus Rashford’s Feeding Britain’s Childrendocumentary, the staff at Polestar’s newest Space realised that during lockdown they could use their assets and resources to help the local community. Instead of waiting to open, they kick-started a charity campaign that involved all of Polestar’s UK staff, members of the media and various celebrities. The #NoWasteofSpace campaign gathered donations to be distributed via Fareshare UK’s local foodbank hubs.

Empty Polestar #NoWasteofSpace boxes were sent to unsuspecting but willing recipients to fill with non-perishable food and personal care items, for distribution to FareShare Greater Manchester and FareShare Merseyside. The response from those who took part was overwhelming and the hashtag quickly went viral on social media. Many participants even used the campaign as part of their home-schooling curriculum to teach their children the importance of giving without expecting to receive.

Such was the willingness among followers of the brand to take part, with requests for empty boxes coming from celebrities, members of the public, automotive industry professionals and media, that Polestar UK had to commission a further run of 100 boxes.

In the end, Polestar UK received 325 filled boxes, weighing 2.2 tonnes in total. Polestar UK has matched the donations kilo-for-kilo, raising the amount distributed to Fareshare UK to 4.4 tonnes. Fareshare UK says this is enough to provide more than 10,000 meals for vulnerable people in the Greater Manchester area. 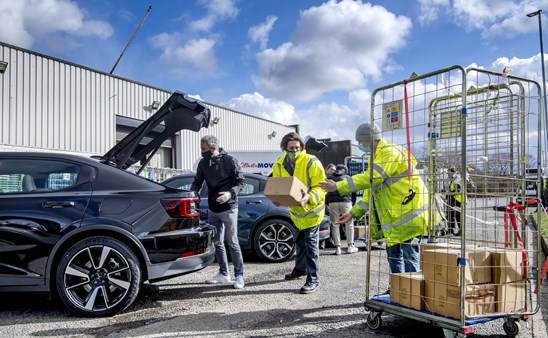 We could never have envisaged the incredible response

Jonathan Goodman, Head of Polestar UK, said: “We could never have envisaged the incredible response this campaign received, and the generosity of all who took part is truly heart-warming. In 2021 it’s awful to think that some of the nation’s most vulnerable are having to go without basic items, so I’m glad the Manchester team were able to use our resources to help such a worthy cause. We’re looking forward to continuing this effort once the Trafford Centre has re-opened, working with the other retailers and centre management to support the community around our latest Space.”

We're so pleased to have Polestar at the centre

Zoe Inman, Centre Director at The Trafford Centre, said: “What a wonderful initiative from the incredible team behind the brand new Polestar Manchester Space at The Trafford Centre. The #NoWasteofSpace initiative has received huge support and will benefit so many families across Greater Manchester and Merseyside who have been struggling more than ever before due to the pandemic.

“We’re so pleased to have Polestar here at the Centre with its innovative and modern approach to retail and commitment to improving lives for local communities. Shoppers will love exploring their amazing Space when the Centre re-opens on 12thApril.” 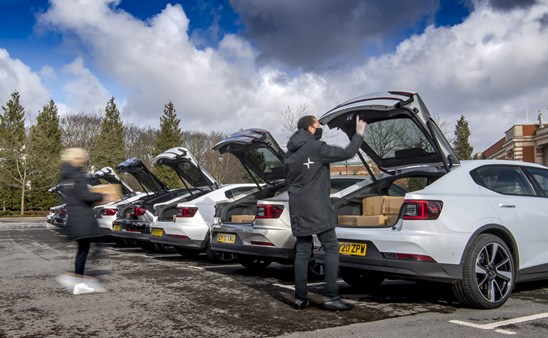 Striking upon the idea to use their test drive cars – which have been sitting idle due to COVID-19 restrictions – the Manchester Space team will use the all-electric fleet to deliver the boxes in a sustainable and environmentally-friendly way. Because of the quantities involved, 10 Polestar 2 models will be used to ferry the tower of boxes to Fareshare’s hubs, along with support from Geely group company LEVC, which supplied a VN5 electric van to assist with the deliveries.

The start of a long-term initiative aimed at making Polestar Spaces – where you outright can’t buy a car, but can learn about the brand and product in a convenient, consumer-focused location – community and event hubs rather than traditional automotive retail spaces, the #NoWasteofSpace campaign is set to continue throughout 2021 and beyond. The Manchester team will continue to utilise its assets and resources, working with other businesses in The Trafford Centre to help the community around it when and where it needs it most.

Miranda Kaunang, Head of Development at FareShare Greater Manchester, said: “The Covid-19 crisis has been particularly challenging for those we work with, so Polestar’s #NoWasteofSpace campaign is particularly timely. The efforts of the Polestar Manchester team while they wait to re-open has generated an incredible response. With over 10,000 meals donated through their initiative, this campaign will make a real difference to those in need. Thank you to everyone at Polestar.”

The Polestar 2 electric performance fastback starts from £49,900 (before government grant) and is available to buy exclusively online at polestar.com. Polestar Mancester is due to re-open in accordance with government guidelines on 12 April. 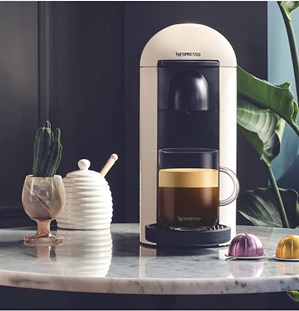 Therme is coming to TraffordCity 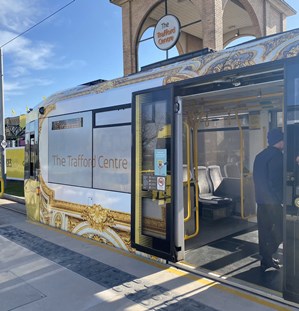 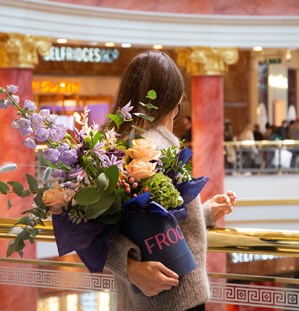 All the treats, deals and discounts

EVERYTHING FOR THE FAMILY

SHOP FOR LITTLE ONES

THE CHOCOLATE FACTORY HAS ARRIVED!